"Composing music to picture is all about collaboration with the creative visionary behind the project. Sometimes there are many people weighing in on all aspects of a production, and sometimes there are fewer cooks in the kitchen."

Lolita Ritmanis’ esteemed composing career includes an Emmy Award, 10 Emmy Award nominations, and hundreds of film and television credits. Though best known for her work on the fantastic Warner Bros. animated series and films (with her partners Michael McCuistion and Kristopher Carter), Lolita’s rich orchestral score and sweeping choral work on the film Blizzard of Souls earned her a spot on the 2021 Academy Awards’ shortlist. She spoke with us about her start in music preparation and orchestration, her DP setup, and writing 70 minutes of music for Blizzard of Souls. Check out the full interview with this amazing TV composer below:

I began composing at a very early age. Growing up in Portland, Oregon, in a very musical family, I began taking piano lessons at about age 5, and “made up” my own little compositions shortly thereafter. I composed songs at first, and moved on to composing for larger ensembles by the time I was in high school. Coming from a Latvian family (my parents emigrated to the United States from Latvia after Word War II,) Latvian cultural activities were prevalent throughout my youth and continue to be an integral part of my life to this day. These activities often included large festivals, with opportunities to perform as well as compose and produce original music. Composing for an array of ensembles, as well as receiving commissions for new works provide me with great motivation to compose. Throughout my teen years playing the piano in the jazz band, flute in orchestra, singing in choirs, and performing in musicals were like breathing to me. Music was a huge part of my life. My songwriting led me to move to Los Angeles right after high school to attend the Dick Grove School of Music. At first I studied in the vocal program, but after three months switched to the Composing and Arranging Program. After completion, I enrolled in the Film Scoring program. I had an opportunity to learn from the best of the best, even having guest instructors such as Henry Mancini, Lalo Schiffrin, and others.

What was the path or the turning point that landed your first big gig as an artist?

My first scoring jobs were graduate student films. My first jobs in the bigger studios – Warner Bros., Disney, and others, were in supporting roles, first working in music preparation, primarily proofreading, which then led to orchestration. I orchestrated for over 100 feature films and television series, orchestrating for composers such as Michael Kamen, Basil Poledouris, Shirley Walker, to name but a few. My first big composition screen credit on a studio project was on Batman: The Animated Series, when Shirley Walker invited me to be on her team.

I usually begin composing when I have an assignment or deadline. If it is a film or television show, the story is the guiding force. I spend a lot of time thinking about the story, discussing the role of music with the director or producer. Once I have gone through that process, certain parameters have already been set, so in that sense I am not starting with a blank page. Musically, I generally do start at the piano, at the keyboard, working out thematic material. Sometimes I “sketch” with a piano patch, and then orchestrate from there. Of course if I am working on more of a soundscape type of score, I do explore harmonic and textural ideas along with searching sound libraries for a launch point for a particular cue. Most of my composing is a combination of all of the above.
When writing songs, I very much let the lyrics guide the musical approach.

Do you ever encounter writer’s block; what’s your remedy to cure it?

I cannot allow myself the luxury to even entertain the idea of writer’s block. As someone who makes a living composing music, the havoc that writer’s block would incur on my schedule is unthinkable. Sure, some days I am more inspired than others, but I always have my craft, and the knowledge that I have acquired over the years. Building skills allows composers to rely on those skills first, and those skills can serve as a launch point for inspiration.

You’ve composed extensively for both live action and animation projects — do you have any differences in approach (technically, creative, stylistically, etc.) when you’re scoring in either of these mediums?

When I received my first Emmy Award nomination, it was for an episode of Superman:The Animated Series. I was so proud of that score. I do not think anyone listening would be able to say “oh, that is a score for an animated TV series.” That show was epic in scope, as was Justice League: The Animated Series, and many other series that I have worked on. There really is not a different approach. It comes down to the story, and the story arc.

The storytelling arcs are usually longer in live action versus animation. In animation, of course all the sound you are hearing is created. There is no live sound. So, with that in mind the producer can create his or her sonic environment to be anything within the scope of their imagination. Sometimes something as simple as a room tone can be problematic for the composer who has been working with a cut without any sound other than dialog, if there have not been conversations ahead of time. If, for example the key center for the music is Bb but the air conditioner hum is humming in B natural, well that could be problematic!

Composing music to picture is all about collaboration with the creative visionary behind the project. Sometimes there are many people weighing in on all aspects of a production, and sometimes there are fewer cooks in the kitchen. To be flexible as a composer, and understand that whether it is live action or animation, the composer’s role is one of collaborator, spending a great deal of time listening, and being flexible and excited about the collaborative process, no matter what the medium, goes a long way toward establishing long-term relationships.

Congratulations on receiving a spot on the Oscar shortlist for your score for Blizzard of Souls. It was unfortunate, though, that you were the only female composer on the list. How do we fix the diversity problem in our industry?

First of all, I am absolutely thrilled that my score for Blizzard of Souls received such a warm reception from the international and Hollywood film music community. I never entered into this project thinking it would be anything other than a passion project, a project which would allow me to score over 70 minutes of score, performed by over 100 musicians, plus choir. I believe that the scope of this score is what brought it to the Oscar shortlist, as well as earned the score many awards. The fact that I am a woman was secondary. The scope of the film and scope of the score opened the doors of possibility. The problem of so few women making it to the shortlist or nomination, let alone an Oscar win is largely due to the inaccessibility to films of great scope, or great critical acclaim. It is hard to get on the radar for a small indie film. Women really need to be given the opportunity to score films of larger scope, where music is an integral part of the film.

Reach out to the women who have been composing incredible music for years. Highly-trained, exceptional women, who have long lists of credits, but have yet to gain access to the top, top, top feature films and series. Of course, there are exceptions, but we must change our thinking, and stop pretending that one or two women shattering the glass ceiling is enough. It needs to become normal. We need to achieve gender parity.

As one of the founders of the Alliance for Women Film Composers, I am extremely proud of the work we have done to amplify women composers. It really comes down to opportunity. I cannot stress how important it is to simply open the door to allow women and people of color to participate in the higher grossing projects. Open the door – listen. You will be blown away by the talent that is out there!

I know things are beginning to improve. It is a long road ahead, but finally movement is happening.

I use Digital Performer 10 as my main composing DAW. Plugins like Omnisphere, RMX, Trillian, run inside DP. I use G Player to host some of my favorite old Giga Studio library sounds. I really love the Spectrasonics Keyscape pianos. I have used Ivory as well (especially the soft Bösendorfer) but lately I’ve really gravitated towards the Keyscape Grand. It really sounds and feels great.

I use the Arturia Key Lab 88 note Weighted Controller as well which I like.

I prefer to have my palette remain consistent overall as it makes my writing process more efficient. My husband, engineer Mark Mattson helps with tech support and we periodically add new libraries and do software updates. Sometime soon, we’re planning to move up to Vienna Ensemble 7 and I’ve heard there are some nice new features in the upgrade.

I’m always on the lookout for new things that can help inspire my creative process. We composers are fortunate that there are so many talented people and companies, like the team at Heavyocity, making wonderful products for us to use.

Ease of use for me is key. No matter how great a sound is, if the greatness is only discoverable by digging in the depths of the menus, I doubt I will use it.

Heavyocity creates incredible tools to spark creativity! The sounds have depth and flexibility in scope. I cannot wait to explore the recent treasures I have acquired – as I am thoroughly enjoying Mosaic Pluck. 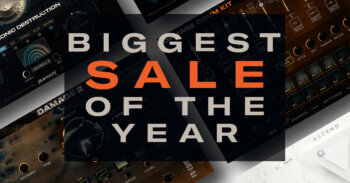 Our Biggest Sale of the Year Starts NOW! Get Up To 75% Off Storewide. 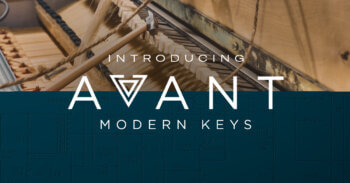 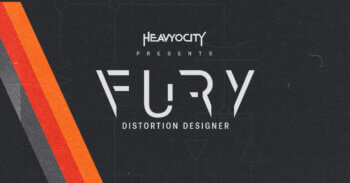