"Whether it’s as a vocalist or a composer, I love working with new clients because it's always exciting to start developing a new creative relationship."

The multi-talented Tori Letzler has been making quite a name for herself- whether it be collaborating as a composer and vocalist with some of Hollywood’s biggest names (Hans Zimmer, Brian Tyler) on some of their biggest projects (Wonder Woman, Batman vs. Superman), or advocating for gender equality in the scoring world, by organizing the incredible “Future is Female” concert in LA. We got a chance to chat with Tori for the first installment of our new “Women in Film” interview series, where we’ll be highlighting the fantastic work of some very talented women working in our industry. Enjoy:

Tell us a little bit about your background, how did you get started in music?

I’ve been in the music & entertainment industry almost my entire life. I started singing in classical choirs at the age of 7, and at the age of 9, I joined the Metropolitan Opera’s children’s choir in NYC. At the age of 14, I went on an international tour for two years with Cirque du Soleil’s show Quidam as a lead vocalist and character. Singing and playing instruments has always just been a part of my life, I started playing piano at the age of four, and started writing theme suites around age 10. When I was on tour, I travelled with a Yamaha stage keyboard that basically became my best friend. It wasn’t until I was finishing high school that I realized I wanted to be more than a classical vocalist, and applied to Berklee College of Music to pursue film composition.

As a vocalist I’ve been lucky to be part of some pretty gigantic projects alongside some amazing composers, including Hans Zimmer and Brian Tyler. As a vocalist for scores, I think a turning point for me was singing on Thor: The Dark World for Brian. It was the first blockbuster I was ever a part of, and I got the job almost by accident. Someone who worked on Brian’s team was actually given my name as a possible assistant candidate, and when they went to visit my old website a track I sang for Lorne Balfe’s score to Girl Rising popped up, and apparently it was the sound he had been looking for on the score. After that, it snowballed and I started getting hired to sing on a lot of superhero scores or music of “epic” nature, including both Batman vs. Superman: Dawn of Justice and Wonder Woman.
As a composer, I just completed what I consider my first “major” gig for Disney Animation. Unfortunately, I am not allowed to say much else about it other than it should be released soon, and it was an incredible experience getting to work for a studio that meant so much to me as a child. Outside of that, I start scoring a film this month titled On The Other Side which is a look into two women’s attempt to cross the Mexican border. I also still frequently write additional music for larger composers and projects.

Honestly, I have so many and I feel like it’s constantly changing. Growing up I idolized Danny Elfman, The Nightmare Before Christmas really played a huge role in my interest in wanting to write music for film. The classical composer Benjamin Britten also had a tremendous effect on me as a child, his opera of Shakespeare’s A Midsummer Nights Dream is truly astounding, and before performing in that as a child, I didn’t know modern classical music like that existed. The overture for that opera is like nothing else.

Your IMDB page lists some huge credits. What does a typical day look like for you when you’re in the middle of working on a major project?

My day to day changes a lot based on what hat I am wearing. One thing’s always certain, it starts with very strong coffee!
Because I am both a vocalist and a composer, sometimes scheduling can get a bit hectic, and more often than not, I work seven days a week. Now I am fortunate enough to get to do both on most projects, which is incredibly fun, but can also be taxing. If I can, I try to break up my week to do only vocal recording on some days, and only writing on others (but thats easier said than done). The good thing is because I have my own studio setup with my husband Steve Davis, (as well as a duplicate rig at our home), more often than not I remote record all of my vocals so I don’t have to travel across town multiple times a week. Outside of Film & TV I also work a lot in scoring for trailers with a company called The Hit House, and sometimes custom deadlines for a project can be 24 hours, so when that happens all bets are off!

Do you have any favorite projects that you’ve worked on? Why?

I’m sure this sounds cliche, but I genuinely love every project I work on because I always learn something. Whether it’s as a vocalist or a composer, I love working with new clients because it’s always exciting to start developing a new creative relationship. That being said, working with Hans Zimmer on Batman Vs. Superman holds a really special place in my heart. Having started at Remote Control as just an intern and working my way up, it was a big moment for me. We recorded the main titles with me standing directly behind Hans’ rig, reading the part from his MIDI editor, while he sat beside me. You would think that would be a lot of pressure, but Hans has always been so supportive toward me and really makes it a collaboration between artist and composer, not just reading notes on a page. He comes at things from such a band mentality, and it really allows for great creative expression.

I have a 36 core custom-built PC, and I use Reaper as my main DAW. Reaper is open source and releases updates so frequently that it’s rare to ever run into bug issues. There are entire forums dedicated to people making new scripts to give you whatever features your heart desires. Previously, I used Cubase but it couldn’t handle my current template size. Plugin-wise I love Soundtoys and use their products on a daily basis, EchoBoy and Devil-Loc are my favorites. I’ve recently taken to using the Lexicon Random Hall Reverb plugin on most of my vocals as a secret sauce but I think they sadly discontinued it. Obviously, Heavyocity reigns supreme in my template, and lately NOVO: Modern Strings has been in quite a lot of my cues. My husband and I have also gone on a bit of a synth-buying spree, including setting up our Eurorack. My favorite new addition is the NYX by Dreadbox for creating custom drones, and for modules “Rings” by Mutable Instruments. My current mic is a FLEA 47, which was a gift from a dear friend, and it’s truly a fantastic piece of gear, capturing all the detail and warmth of my voice.

If you could snap your fingers and have any virtual instrument or FX plugin custom-tailored for you, what would it be?

Oh man hahah that’s such a tough question! I honestly don’t know, the first thing that comes to mind is some sort of holy grail for vocal production, an all-in-one kind of deal. I feel like Fab-Filter got close with their “Pro-R” combining the verb and EQ, but I want something more! Also, not really plugin-related but I would love a company to make a Eurorack module that is basically an “Undo” button. That moment when you’re messing around with your rack and all the sudden you just do something that just takes the weirdness one step too far and you can’t get back to what you had before! I want something that can easily undo that!!

You put together the fantastic “The Future is Female” concert last year, focusing on women in film music, and featuring some incredibly talented female composers. Talk to us a little bit about the event. How do you think events like that can help to affect change in the industry?

I think visibility is key to changing the “boy’s club” culture of our industry. A big hurdle for getting women into these leading composer roles on big projects is first getting them into the conversations, on the shortlists. Times have changed and I know dozens of incredibly talented female composers, but in order for the rest of our industry to get used to that fact, we need to start shining a light on them. The thing that I was most proud of from the first FIF concert, is that every composer involved got work from that show, and that was my main goal. We are actually gearing up for a second “Future is Female” concert, which will be September 4th at The Wiltern in Los Angeles in partnership with Livenation! I am incredibly excited to once again push these incredibly talented women into the forefront. Eventually it would be great for the world to see us as just composers, not male or female, but I don’t think the industry is ready for that just yet. We have to acknowledge not only the lack of women scoring the top projects, but also the lack of people of color as well. And until the statistics start to change in our favor I don’t think it makes sense to blend in.

What are your thoughts on the progress of women in film music?

We are getting there, but it is still a constant struggle. Now more than ever we have women scoring major network shows which is huge! We are slowly seeing more and more women scoring big studio projects, but we still have a long way to go. Aside from being a part of those conversations, women still struggle against harassment and the notion of not being capable. As someone who frequently works with my husband, I have been in meetings where someone will speak directly to him the entire time and act like I am not in the room. That mentality has to change, and it only changes by continuing to push against it and prove them wrong by doing great work time and time again.

What would you like to see change for women working in film and film music in the future?

I want to see equal statistics for male and female composers scoring top projects, but more than anything I just want equality and respect. I want little girls to have a female composer as a household name they can look up to and say “I can do that.”

Check out Tori’s full list of credits and upcoming projects at: https://www.imdb.com/name/nm5564188/ 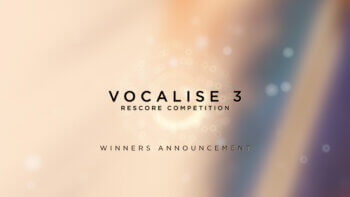 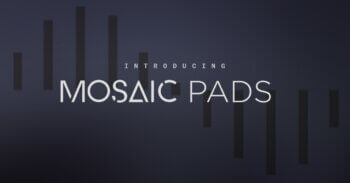 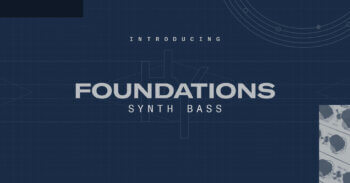