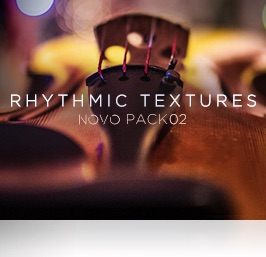 There's a subtle and certain magic that occurs when the right mics and the right preamps, in the right room, capture bow meeting string in just the right way. Heavyocity's goal, when developing Rhythmic Textures, was to capture that magic. Rhythmic Textures is the moving, expressive counterpart to 2017's Heavyocity Intimate Textures - focused on delivering carefully and deliberately crafted rhythmic elements, played together in intimate chamber string ensembles. From cellos layering sul pont tremolos over swells, to violin staccatos played over col legno tapping, Rhythmic Textures delivers 16 truly unique ensemble articulations, with 12+ GB of chamber strings content, production-ready for your next score. 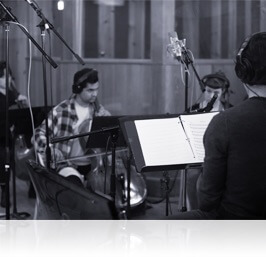 Heavyocity once again returned to the intimate confines of Reservoir Studios in NYC for Rhythmic Textures, capturing world-class players, performing in three and four person violin, viola, and cello ensembles. Working in conjunction with Award-winning Composer Jason Graves (Dead Space Series, Far Cry Primal, Tomb Raider), and acclaimed Film Score Mixer Satoshi Mark Noguchi (Lion, Lone Survivor, Oblivion), Rhythmic Textures achieves a level of richness and realism that is unprecedented in a chamber strings virtual instrument. Feel like you're in the room with each key depressed, with every stroke of the bow, as Rhythmic Textures serves as the inspirational center of your next cinematic score. 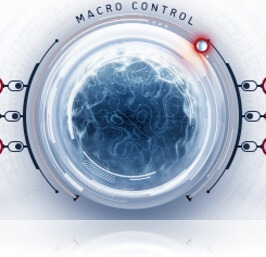 A collection of thousands of meticulously-recorded samples is great, but what sets Heavyocity's virtual instruments apart are the serious sound-shaping capabilities of their engines. And the the award-winning NOVO engine is no exception. Armed with the pristine organic content from Rhythmic Textures, the ability to create synthetic-style strings and deeply-unique rhythmic pulses is right at your fingertips. From the awesome modulating power of the instrument's central MACRO CONTROL to the granular sample playback possibilities of CYCLE, the NOVO engine puts a cutting-edge arsenal of sound-design tools directly into the composer's hands.

What The Pros Say About Rhythmic Textures

Check your email for your exclusive demo download link(s). **Be sure to check your SPAM and Promotions folders**

We hope you enjoy . Feel free to contact support with any questions.