I have no remedy for writer's block....it is always a nightmare. I will usually just give it up for a while and drink wine.

Jane Mangini is an accomplished artist, performer, composer, producer, and sound designer, and has been for decades. Her illustrious career includes collaborations with Rick Berlin, the band Alta Reign, and a 20+-year-run as the keyboardist for Trans-Siberian Orchestra. She sat down with us to talk about her love/hate relationship with performing, her creative process, and her tips for fending off writer’s block (which we completely cosign on). Check out the full interview below:

How and when did you first start playing and writing music?

I’ve been playing since I was two, when my grandfather gave me a red toy piano. Once I was old enough to take lessons, my parents bought me an Everett baby grand. My lessons were never very effective…there was some kind of drama with my first teacher (my parents would never tell me, making me think it was SCANDALOUS), then later on, my second teacher would just sit and listen to me play and drink beer. I had my last teacher when I was in high school and I would skip school AND piano lessons. For the most part, I learned music by ear from my favorite records. I always wrote little pieces of music, the first one was for my Mom on Mother’s Day. I certainly wish I had learned theory…I paid dearly for not doing so later in my career.

What was the path or the turning point that landed your first major gig?

I have had quite a few “first major gigs” — the first one being the headliner every Monday Night at the Rat in Boston with my band “7”. The second was playing with Rick Berlin, two months after I joined his band they got a record deal and I could have died happy right there! That’s how I know Neil from Heavyocity, he joined the band many years later, and we’re still close friends to this day. I’m still playing with Rick, 40 years later, and just finished one of my favorite projects ever with him.

A third major gig was working at “Bang Music” in NYC as a sound designer. That is what I was hired as, but they gave me the opportunity to write on some TV spots and I got the job on a couple of them the first two weeks I was there. They gave me my own little rig and composing suite and I learned Logic there. I had many great years there and did some really fun work. Then the biggest turning point in my career would be with Trans-Siberian Orchestra (TSO), touring all around the country, playing sold-out arena shows, it’s been quite a thrill for me. This will be my 21st year with them.

When I was a kid, I saved my quarters to go buy a record at a local music store. I had four dollars in quarters and walked home with Cheech and Chong’s Big Bambu….ran upstairs and played it over and over laughing until my mother heard what was going on. She marched me right back to the store and the guy exchanged it for ELP’s Brain Salad Surgery. Keith Emerson was an enigma to me, I couldn’t understand a thing he was doing but I fell in love with it. THEN there was Chuck Leavell, whom I loved more and could understand, but still couldn’t play. But what I REALLY REALLY love is bluegrass music!

It changes all the time. I used to just work on motifs, progressions, and melodies on the piano until something stuck. Now I just have writing spurts, a lot of they come after something drastic has happened, but that is just for my own composing. I love working on other people’s projects. Jeff Plate (of T.S.O.’s East-coast touring band) just released a record for his band Alta Reign, that I worked on — he’s been sending me solo drum tracks to play over, which was really inspiring for me. My FAVORITE thing yet has been creating tracks around Rick Berlin’s old songs that he never released with his band. He called the project “Cha Cha Club”, and it’s so fun. I love pulling up a weird sample and working around it. Heavyocity has a WAREHOUSE full of creative bits to kick off my writing.

As someone who’s had such a long and storied career as a performer, songwriter, and producer — what’s your favorite? Do you prefer to be out performing, or writing your own music, or producing and collaborating with other artists?

I have always had a love/hate relationship with performing. When I was a kid, I didn’t exactly work on any musical assignments I was given. I had to play one particular recital and it was not good. I remember my legs shaking and me crying and my mother was horrified. Then there was the cover band when I was in high school named Rapture (my friends called it “Rupture,” as in one’s eardrums – :-). Things got much better when I got to Boston and got to play in rock clubs. The only thing I was missing in those early years was VOLUME. I find playing loudly with others is a handy way to hide the clams. With TSO, it is easy and comfortable because there is so much going on (pyro, stage fog, lasers, dancers, etc.) that there is no time to get jittery. Since COVID, I’m doing whatever is fun: I’m playing baseball organ music for an event for the Milford Historical Society. My friend Lauri is the MC and is one of the funniest people around.

I’ve also had a great time during this COVID mess collaborating with others. That, of course, just means just me alone in my studio.

I have no remedy for that….it is always a nightmare. I will usually just give it up for a while and drink wine.

I am still on Logic and iMac. I still have a Yamaha S90xs controller, because I use Yamaha for TSO. I STILL have my old, decayed gear from working at Bang. A couple of Roland S760 samplers and thousands of samples on optical drives. Of course I use Apple Loops and such, but I love going back and finding some of those old sounds. I have also been using ASCEND a ton, for my piano sound.

I would definitely appreciate some great bass!!!! fretless, upright??

As I mentioned, ASCEND is my go-to piano. I love the strings in NOVO, Intimate Textures, and Rhythmic Textures. I just finished a documentary where the music is comprised of 90% Scoring Guitars. It was the longest piece I have composed the score for in quite a while. It felt like all of the Heavyocity Scoring Guitars phrases and bits were made for the piece. 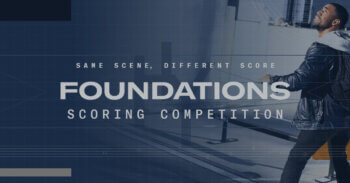 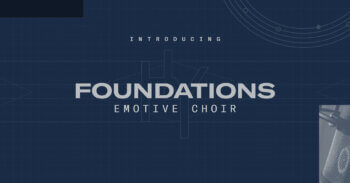